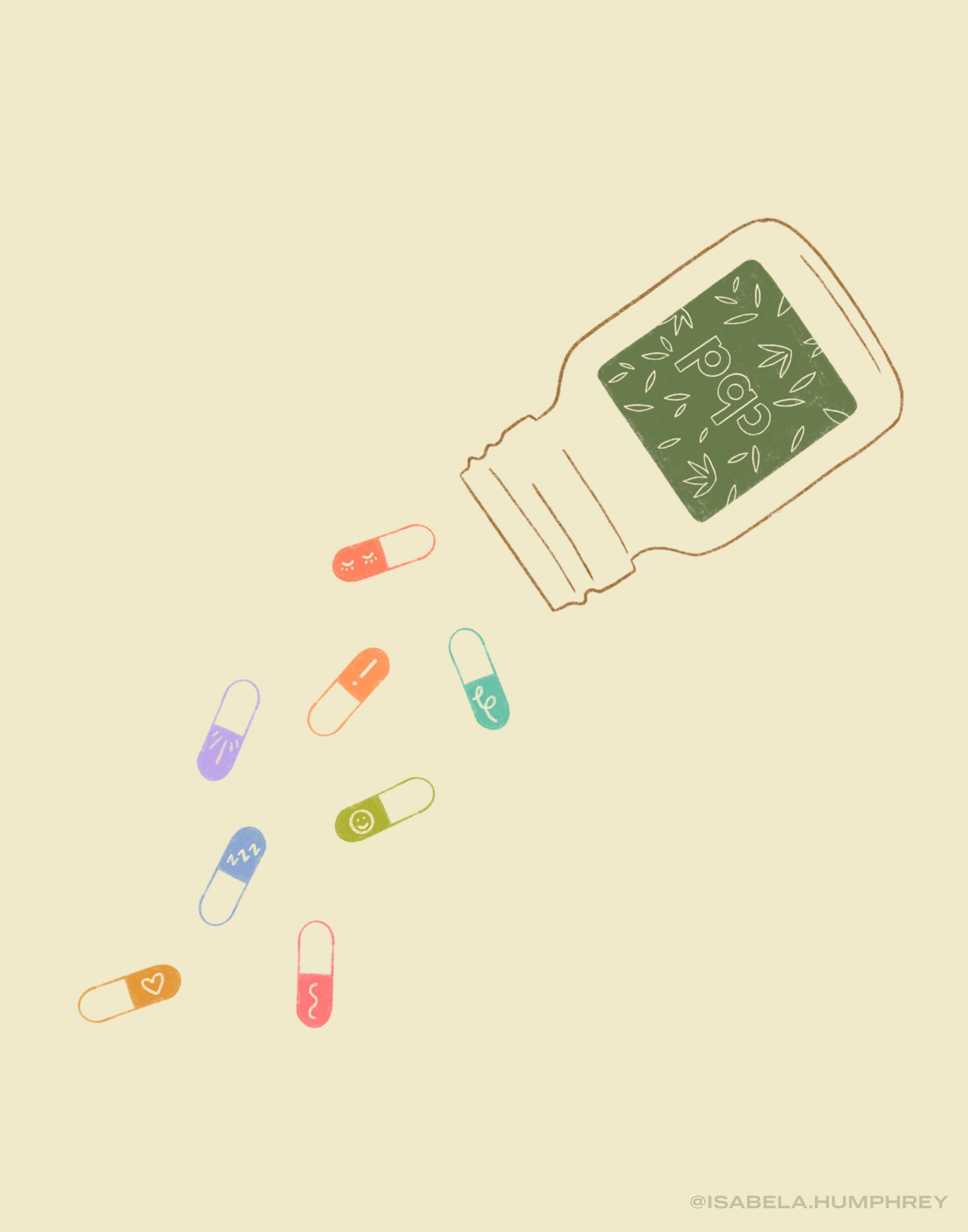 Few products have taken the world by storm in quite the way that CBD has. This nifty little extract comes to us from the cannabis plant, and has been hitting shelves all over the nation, everywhere from grocery stores to gas stations.

So why all the fuss? Is CBD a brand new thing? Did we just discover it or something? Not exactly.

CBD (also known as cannabidiol) is an extract of the cannabis plant, but it’s only just recently become popular for its number of health-forward properties. A big contributor to this newfound popularity is the cultural shift that’s been happening around marijuana in general — as it comes with less of a social stigma, more and more people are finding themselves comfortable with giving its other uses and applications the time of day.

The apparent health benefits that come with CBD are said to be many, and the medical community is constantly learning about the way it interacts with our bodies. To wit, we know that it helps with everything from inflammation to insomnia, and it’s also said to be a big helper when it comes to mental clarity.

CBD extract has been shown to help boost cognitive function and help with concentration…which seems counterintuitive, because isn’t cannabis known for causing problems with things like memory and concentration?

Let’s take a deeper look into how CBD works with the body, to learn about how it can help you find more mental clarity.

CBD and How It Works

CBD and THC are both cannabinoids — compounds that are made by the body and interact with a part of the nervous system known as the endocannabinoid system (the ECS, for short). THC interacts with your ECS in a way that produces euphoric feelings, or the “high” that is most typically associated with cannabis consumption. CBD, on the other hand, is not psychoactive in the way THC is, and interacts with your ECS in other ways.

In the simplest possible terms, your ECS is in charge of making sure the body remains in a state of homeostasis, meaning everything is properly balanced and as it should be. Cannabinoids interact with the ECS and the rest of your nervous system in ways that help to modulate certain bodily functions to ensure that this balance persists, from appetite to inflammation levels and beyond.

So when we supplement our bodies with extra cannabinoids, as with CBD extract or the consumption of cannabis, it can be thought of as busting out a cheat code for the nervous system itself. You’re tipping the scales in a more positive direction, as it were, whether this means soothing some rogue inflammation or helping you fall asleep better.

The Nootropic Benefits of CBD

One of the interesting things that we’ve been learning about CBD is that all the different positive effects it can bring about in the human body, when combined, have what’s known as a nootropic effect, which is really good news for the brain, specifically.

Nootropics, as it just so happens, are supplements specifically said to boost mental clarity, cognition, and generally help improve things like memory, creativity, quick decision-making, and so forth.

And while the medical community is still in the process of learning more about exactly how CBD interacts with the body’s central and peripheral nervous system, what we do know is that a number of those interactions combine to have an overall nootropic effect. In other words? CBD helps to boost your mental clarity in a variety of different ways.

Inflammation is a serious beast. The more we learn about it, the more we realize that it’s responsible for a staggering number of chronic health issues and serious problems. The medical community has also recently come to realize that rogue inflammation can be a serious issue, spreading throughout the body and lingering well beyond its usefulness.

CBD has been shown to have a wide-reaching anti-inflammatory impact on the body, which makes it a highly-valued solution for things like injury, muscle problems, soreness, bruises, and so forth.

But did you know that these anti-inflammatory properties can also help you out in your brain?

Neuroinflammation is a term that refers to the inflammation of neurons and nerve endings in your brain, and it’s responsible for that dreaded “brain fog” that we can often find ourselves staring down after a long night of studying. By the same token, CBD also boasts anti-oxidative properties that help reduce oxidative stress, which can also negatively impact brain function and cognitive ability.

Believe it or not, your cognitive ability isn’t limited to just the rational parts of your brain. Your emotional affect has a huge impact on your ability to think straight — ever try to make a smart decision when you’re highly stressed, or scared out of your wits?

There are parts of our brain where emotional response and cognitive function more or less converge, and CBD interacts with the endocannabinoid system in ways that directly relate to these regions. CBD also works to lower the stress and anxiety response, which can similarly allow for much more clear-headed decision making.

CBD has also specifically been shown to interact with our serotonin receptors, which have a particularly strong bearing on our mood state, stress and anxiety levels, and other important cognitive processes that ultimately contribute to our overall mood and emotional affect.

CBD Can Help You Focus (and More!)

By combining its numerous positive effects on the brain, central and peripheral nervous systems, and most specifically the endocannabinoid system, CBD can, indeed, function as a powerful tool when it comes to seeking a quick shot of mental clarity.

Its anti-inflammatory properties can help to eliminate brain fog and speed up the cognitive process, while its calming and relaxing abilities help you to maintain a clear head and stay focused when you need. We’re still learning more all the time, but for now, CBD has shown itself to be a fantastic boon on the road to mental clarity.