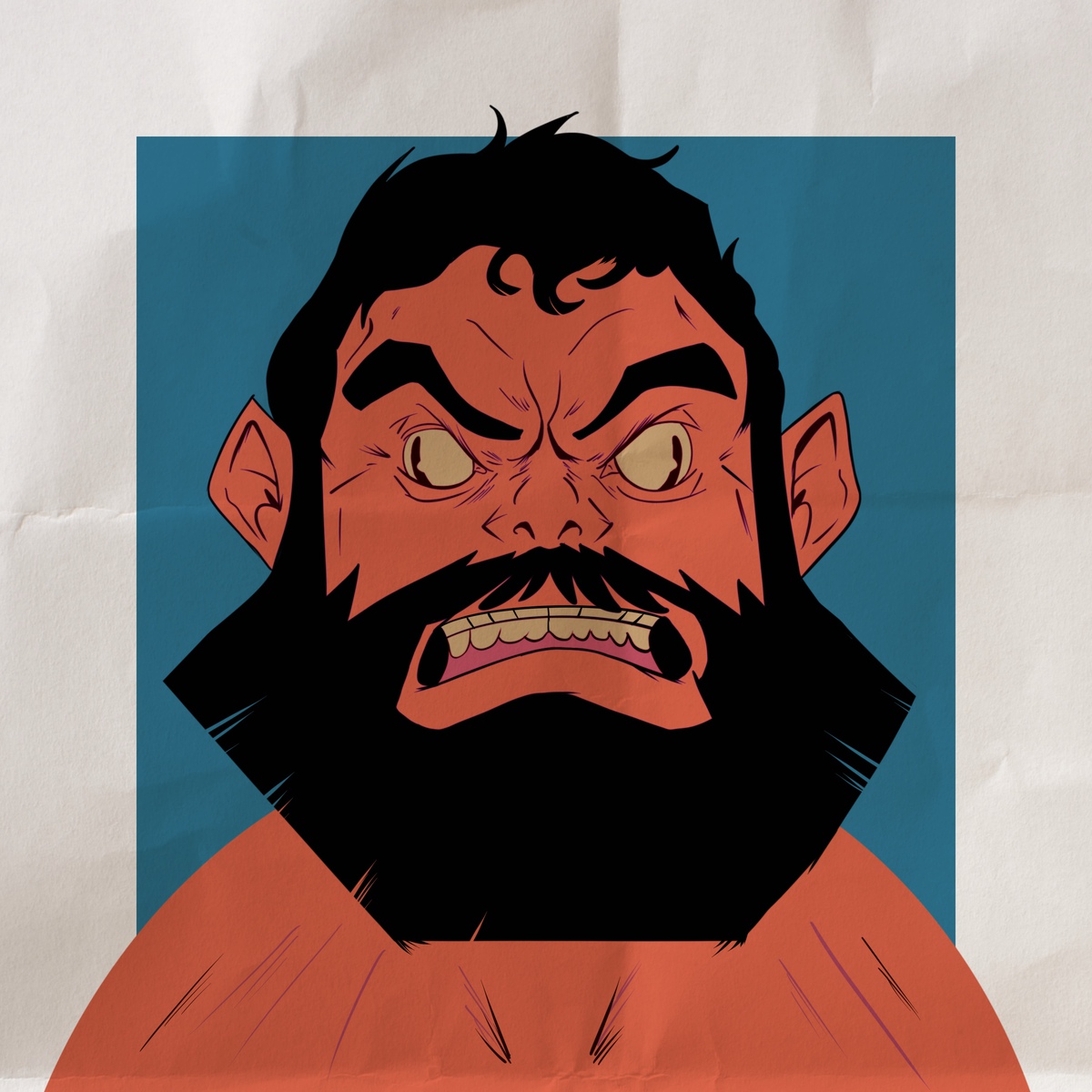 If you’ve visited your local dispensary more than once in the last year or so, you’ve probably noticed a skyrocketing amount of choices available to you. At this point, it’s becoming harder and harder to ignore: Cannabis isn’t just cannabis anymore.

No longer considered “users,” those of us who enjoy cannabis can now rightfully describe themselves as “consumers,” every bit as much taking part in an increasingly valid commercial industry as those of us who would just as soon enjoy a tasty beer or a toasted cigarette (at least in most states, that is).

But who is our consumption actually supporting? Who gets all that money we’re spending on legal weed and CBD? With more and more options flooding the market, it becomes increasingly imperative that we all make responsible choices, prioritizing conscious consumption in a rapidly-growing and newly-legitimate marketplace.

How the Green Rush Began

At the time of this writing, cannabis is fully legal in no fewer than twelve states throughout the country, and it’s easy to imagine that the rest of the country is just on the other side of the hump when it comes to marijuana legalization, given that there are only eleven states left in which it remains outlawed.

And the end user isn’t the only person for whom this burgeoning state of legality has some serious implications: Investors are just now finding their way to the weed party, if a little more indirectly.

And it all hinges on hemp.

While cannabis remains thoroughly illegal on the federal level, hemp has recently been legalized in a way that makes it fair game for open commerce. As a result, the bottom has dropped out from underneath a relatively stable situation, resulting in a massive money vacuum and causing a veritable green rush on both local and national levels.

Of course, most of this is good news for the average cannabis consumer, but all that product brings with it an important caveat: Markets like this one don’t always attract the most savory participants, which is why it’s important for the consumer to do their research and make informed, socially-responsible spending decisions, at every possible juncture.

From There to Here

Cannabis has been effectively illegal in the country since 1937, and still is on the federal level (in fact, it’s classified at the same level as heroin, and it’s thought to be unlikely the United States government will ever get around to changing course). Even so, marijuana has become a huge part of the American cultural identity, and we’ve gotten so comfortable with it that nine different states had it on their ballots in 2016.

Two years later and the Pew Research Center tells us that 62% of the country is in support of marijuana’s full legalization, up 31% from the turn of the century. And it’s hard to overstate just how crucial the last few years have been, when it comes to our evolving relationship with cannabis: This isn’t something that has “just happened;” this is something that is actively happening now, with a prime case in point being the Farm Bill of 2018, which represents the other main piece in the puzzle — CBD.

You see, CBD can come from either cannabis or hemp. And while cannabis is still super illegal on the federal level, hemp is now fully legal as of December of last year.

This opens the door not just for consumers to purchase a wider variety of CBD products, but for investors to invest in them as well. Consider the numerous legal hurdles that still surround cannabis: Since it’s still illegal at a federal level, it can’t be sold across state lines. It also can’t be listed on the federal stock exchange, which means investors and traders can’t make money off it. It’s effectively barred from truly becoming a national commodity…and that’s exactly what just changed for CBD, which can be made from hemp, which is cannabis’ non-psychoactive cousin.

Now, when you consider the fact that localized movements have been whipping up support across the country, changing hearts and minds in an effort to win over state legislatures when it comes to marijuana legalization, it starts to become clear how perfectly these two situations have dovetailed into one another.

As a national demand for legalized marijuana and its related products began to percolate, the federal government likewise began warming up to the idea of legal hemp (which can, it should be noted, be used for everything from paper to fabric production), creating a perfect storm for investors. The people decided they wanted it, and the government decided they wanted to let the people have it, almost at the exact same time.

All good news, right? For the most part, yes. But these excitingly high times aren’t without their points of caution: Given that the market has only just been given the green light, what we have now is a race. Whomever gets there first stands to meet a ton of demand, and make a lot of money in doing so, which only makes it that much more important that we, the consumers, to be wary and remain in the know when it comes to the entities from whom we buy.

At this point, the CBD marketplace is relatively free of what we can call internal regulation. Sure, the government has a ton of rules surrounding it, but the culture to which the space lays claim is very much still in development. And lots of hay has been made about that development, and which direction it may or may not be pointed in.

When one considers the incredibly close relationship that exists between CBD and THC, it’s easy to understand how the two spaces seem somewhat inextricably linked, in a cultural sense. And while we’re all familiar with the feel-good, forward-thinking vibes that are typically associated with most cannabis consumption, the CBD-fueled green rush has led some to feel as though this cultural identity has become threatened.

Take Ignite, for example. There’s certainly something to be said for the approach the young company has taken, even if certain parts of it have been highly questionable from a cultural standpoint.

The “green rush” analogy is a surprisingly apt one: Whomever got there first and could set up shop was poised to make an absolute killing, and there’s no question that Ignite was quick to establish itself as a brand that would take cannabis seriously. No more cartoon-shaped logos or goofy, silly stoner vibes. Ignite took itself seriously, with slick branding, and an oddly aggressive company culture.

In fact, its company culture was so aggressive that it quickly became the thing to get it in trouble, while also launching a larger conversation about who actually gets to define the culture surrounding cannabis…and what exactly that definition is. Less than a full year after cannabis has been legalized, and Ignite has already come under fire for its Los Angeles-based billboards, featuring mostly-nude women and sexually suggestive puns about tits and asses.

If that feels like an odd approach for a cannabis brand, it might seem less so when one considers that Ignite was founded and is run by the infamous Dan Bilzerian — known for, among other things, having kicked a woman in the face at a Miami nightclub, and for having thrown another woman off a roof on a separate occasion.

Bilzerian seems to be an openly aggressive kind of guy, maintaining a vocal affinity for guns, taking to Twitter and threatening to “bitch slap” those who call him out, and generally behaving in ways that, quite frankly, feel like the exact opposite of what most cannabis consumers might be interested in supporting.

And yet here he is, raking in who knows how much of that newly-legal CBD money, operating one of the largest cannabis and CBD operations in the market…and all because he very simply got there first. When figures like Bilzerian are allowed to take root in the space, they’re implicitly allowed to dictate the culture. Which means it’s on the consumer to decide if this is truly what we want to be supporting and celebrating.

Do we want a man like Bilzerian to be considering himself the king of cannabis? Or do we want to encourage a culture free of violence and misogyny? At a time when the industry is in such a nascent state, it’s up to us to actively define this type of thing. We are, all of us, currently responsible for writing the story of legalized cannabis. And when it comes to making responsible choices as consumers, it looks like it’s time we learned how to write with our wallets.