What is the Human Endocannabinoid System? 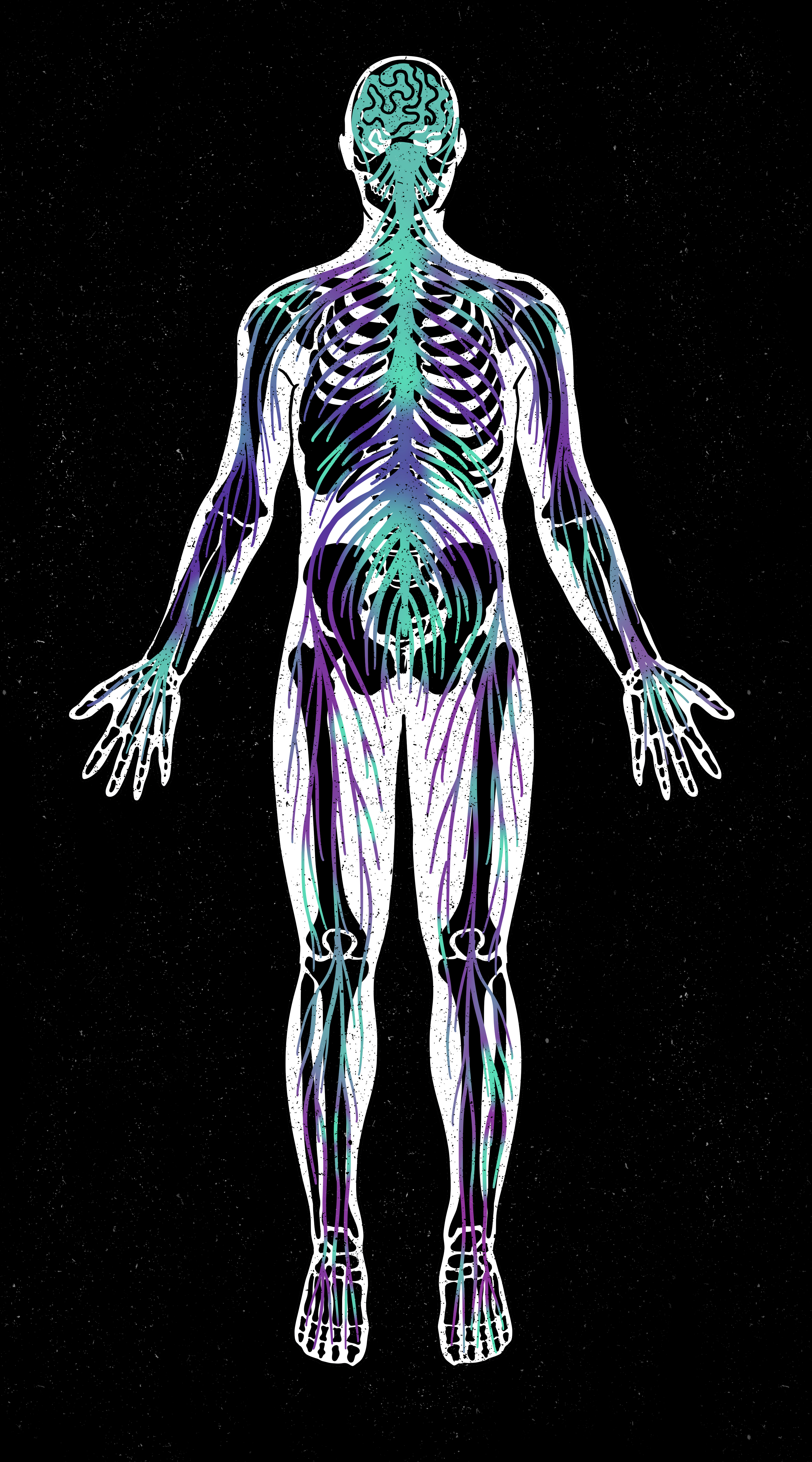 Health is something we all strive for. We work out and eat expensive organic food and we might make use of supplements to get that extra boost.

The chances are if you’re reading this, it’s probably because you give a hoot about  keeping yourself healthy.

But what does that phrase truly mean? What qualifies as ‘healthy’ vs. ‘unhealthy’? It’s an important question — and one we’ll need to answer in our quest to understand the Endocannabinoid System.

As with all things living, good or bad health is characterized by qualities like structure and order. Things that are alive intelligently structure themselves; they stand out from a disorderly environment by thriving within living systems.

These systems maintain homeostasis, or balance, inside the organism —  despite outside stress. Let’s look at a practical example of this concept. As humans, we thrive thanks to our organ systems, which help process and filter intakes from the outside environment.

The cardiovascular system filters O2 through the lungs, using the oxygen it processes to produce energy. The circulatory system, meanwhile, keeps blood moving throughout the body as a whole. To put it simply, these systems keep things flowing!

The demanding nature of life means that most living beings have a lot of moving parts, and humans are no exception. Ever wonder what helps these systems interact with each other? What holds them all together and helps them communicate?

Up until twenty-five or so years ago, nobody knew the answer to that. It was only in the early 1990s that scientists like Dr. Raphael Mechoulam discovered the human Endocannabinoid System (ECS). With this discovery, the medical world changed.

While it was already known that the cannabis plant’s active ingredients tended to improve health, now scientists knew a big part of the reason why. It was because humans had an endocannabinoid system working behind the scenes to ensure health across the entire body! A biological system that responded incredibly well to plants? Now that was exciting.

Like other living systems, the endocannabinoid system is complex.  It’s comprised of three major parts: receptors, endocannabinoids themselves, and their breakdown enzymes  (we’ll look at some of these important components in more detail soon!).

Most importantly, the endocannabinoid system plays a vital role in maintaining homeostasis within the body by fostering communication between other systems.

Endocannabinoid Receptors are in charge of picking up messages from molecules called cannabinoids. There are two major kinds of cannabinoids: those produced by the cannabis plant, and those produced within the body. That’s right — your body produces its own form of internal cannabis.

When activated by these cannabis-like compounds, ECS receptors respond by sending strong signals to other bodily systems. As if to highlight their importance, these receptors are found virtually everywhere: in muscle tissue and fat stores; in energy-producing mitochondria, in the nervous system, and even in the brain, where they’re most concentrated. Cannabinoid type 1 (CB1) receptors are the ones found primarily in the brain, while CB2 receptors are found throughout the rest of the body.

Endocannabinoid receptors can also be found within every vital organ system. They tend to ‘sit’ right on the surface of cell membranes —  directly next to the sites most other messages & signals are being sent from.

To fully appreciate this, it’s important to keep in mind that most chemical messages flow in a single direction: from a pre-synaptic neuron to a post-synaptic neuron. For example, neurotransmitters like dopamine and serotonin transmit to their own specific receptors on the postsynaptic side. The endocannabinoid system, though, is different. Here’s a visual that should help explain more:

This unique placement is significant for a few reasons. The biggest? By stationing themselves on the ‘sending’ side of information exchanges, endocannabinoid receptors can help regulate the production and one-way flow of virtually everything else.

Endocannabinoids (ecB’s) are small, dynamic molecules produced in nearly every part of the body, nearly all the time. Think of them as universal signaling molecules.

The human body tends to be thrifty, and its production of endocannabinoids is no exception. eCB’s are produced on demand from the lipid (fat) membranes of presynaptic cells. In other words, they’re as natural as nature can get.

From production, endocannabinoids travel backward across the synaptic junction to the uniquely positioned ECS receptors we talked about earlier. This process is called retrograde signaling.

Exciting things happen when eCB’s reach their destination. They fit into endocannabinoid receptors in a lock-and-key fashion, unlocking these receptors and all the inner cellular communication that comes along with them.

Also interesting: a healthy body knows exactly how many endocannabinoids to produce. And these levels aren’t static —  eCB levels actually vary according to what the body needs. They get ‘pushed’ out of the cell membranes that compose them depending directly on that cell’s stress levels.

This means endocannabinoids operate independently of other neurotransmitters. And this independence means they can regulate homeostasis in almost any environment, providing the body customized support. But as amazing as the endocannabinoid system is, it’s not impervious to everything. While it does reduce stress amazingly well, it too can get run down. A lifetime of exposure to modern-day stressors can cause the ECS’s reserves to get depleted.

When this happens, endocannabinoid production slows down, receptors lose their natural sensitivity, and neurotransmission on a whole can get a little irregular. Left unchecked, the body may even fall out of homeostasis. And when this happens…that’s when disease can happen.

The link between endocannabinoid health and health in general is so strong that many hard-to-treat diseases are being attributed to what researchers call clinical endocannabinoid deficiency syndrome (CECDS). It’s theorized that everything from chronic migraines to fibromyalgia might have low endocannabinoid levels at its roots. And since these roots run surprisingly deep, could it be that mainstream medicine has missed identifying the elusive true causes of such diseases up until now?

While we don’t know for sure — CECDS is still considered a theory — anecdotal evidence is steadily piling up. People with diseases attributed to the syndrome do indeed respond well to phytocannabinoids like CBD. Not surprising when you consider that CBD closely mirrors cannabinoids of the endo variety, the kind our bodies makes for themselves! Not surprising, but very promising, indeed.

Overall, it’s clear that the ECS plays a vital role in helping the entire body actively overcome stress. While more research is needed before we get a full picture of all the diverse roles the system plays in health and disease, more data points are emerging. For example, the ECS was recently shown to actively fight against breast cancer. It also reduces inflammation so directly that this quality’s been easy for researchers to capture.

Other aftereffects of having a healthy endocannabinoid system include:

– Improved mood and outlook on life (Campolongo and Trezzea, 2012)

With health benefits like these, you might be wondering how to best improve the health of your endocannabinoid system. Thankfully, there are many ways to boost this important system. CBD effectively raises endocannabinoid levels; so do lifestyle decisions like eating well and getting enough sunlight. We’ll touch more on these powerful strategies soon. In the meantime, enjoy life as your endocannabinoid system works behind the scenes to ensure things go smoothly for you.